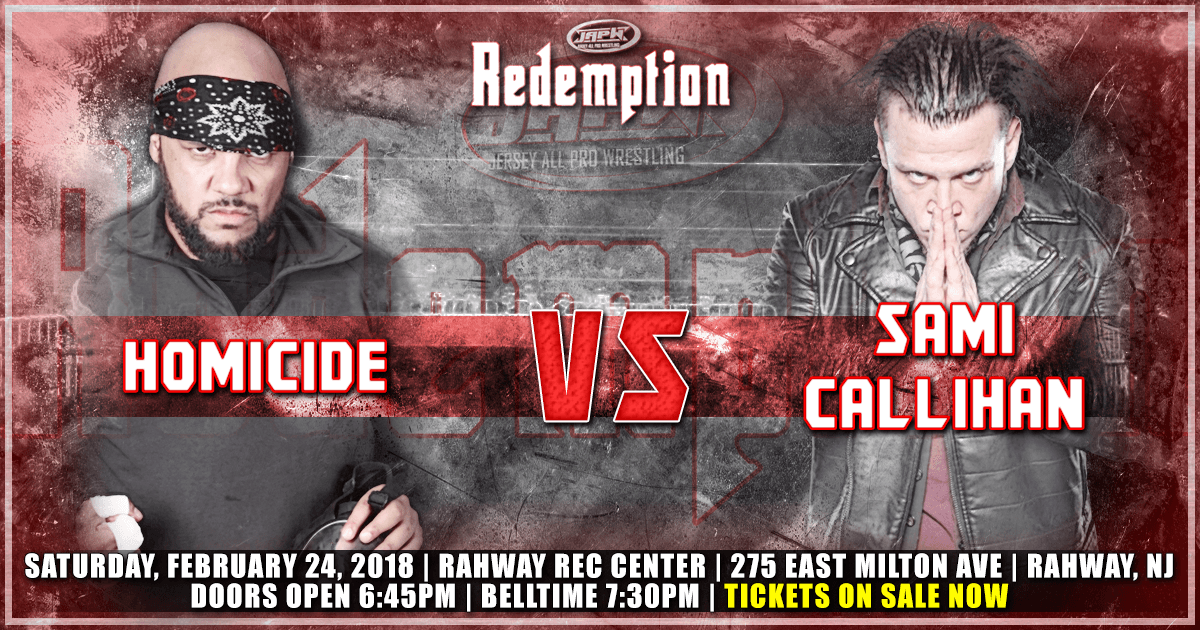 At Redemption, the “Notorious 187” Homicide will face the returning Sami Callihan on Saturday, February 24th in Rahway, NJ!

Also announced that Deonna Purrazzo, Ruby Raze, Maria Manic, and Jessie Brooks will face off against one another in a 4-Way match for the #1 Contender spot for the JAPW Women’s Championship which is currently held by LuFisto.

International star, Jigsaw, is set to make his Jersey All Pro Wrestling debut at Redemption.

Updated matches and appearances for Redemption:

Tag Team Action
The Private Party vs The Hooligans

plus more to be announced soon!

Tickets for Redemption  can be purchased at www.shopjapw.com and at the door on February 24th.
— 1st Row Ringside is SOLD OUT, 2nd Row Ringside $30, and General Admission $20.

If you plan on sitting ringside, we recommend you purchase your tickets prior to the show date online to guarantee your seat(s).