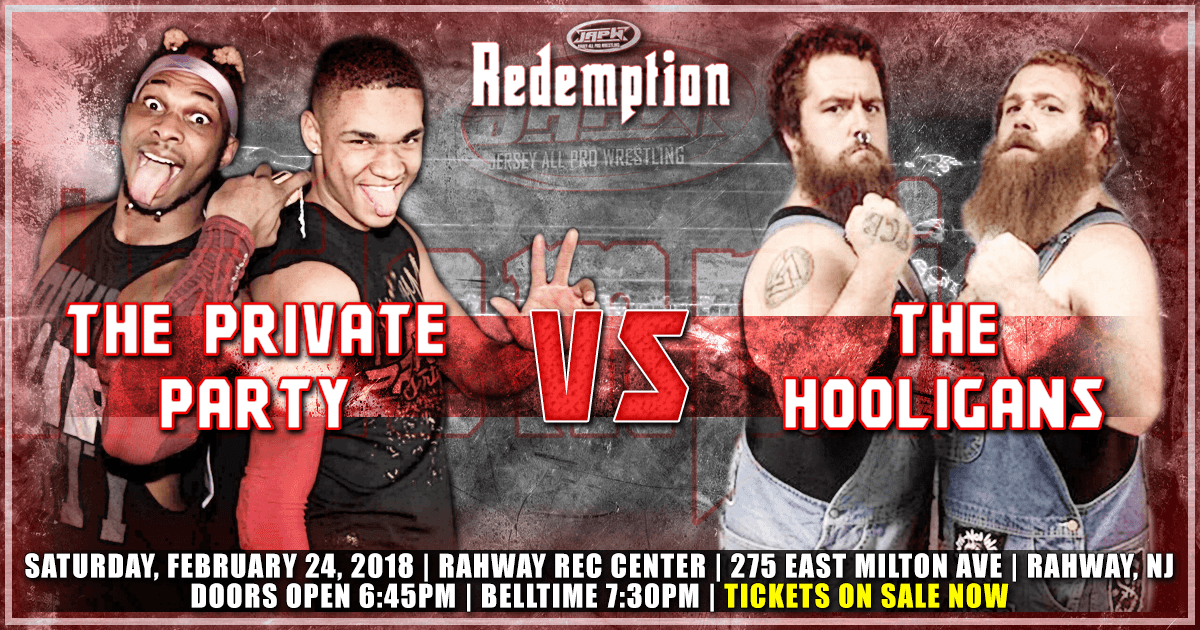 On Saturday, February 24th at Redemption, The Private Party will take on the returning tag team, The Hooligans in Rahway, NJ.

Recently the Private Party defeated the tag teams, Coast 2 Coast, and Pat Buck & Kevin Matthews. At Redemption, The Private Party look to defeat the Hooligans to continue their winning streak in JAPW.

The last time The Hooligans were seen in Jersey All Pro Wrestling was nearly 3 years ago at Awaken where they teamed with the Necro Butcher to battle The Viking War Party but ultimately lost the fight. On February 24th, The Hooligans look to defeat the Private Party and take their spot in JAPW.

Tickets for “Redemption” can be purchased online at www.shopjapw.com./

To find out more on this event, click here. 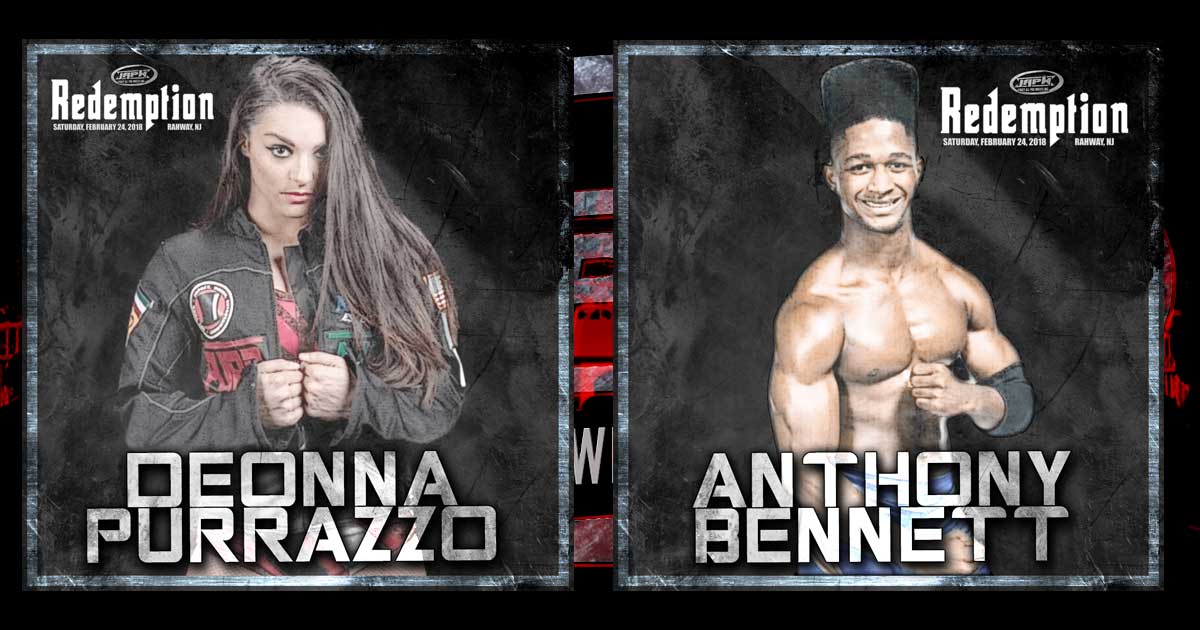 International star Deonna Purrazzo has just been signed to appear at Redemption on 2/24 in Rahway, NJ!!

Last time Deonna appeared in JAPW was at the 20th Anniversary Show where she defeated Sumie Sakai. What brings her to JAPW this time?

The #1 Contender for the JAPW Light Heavyweight Championship, Anthony Bennett, is set to appear at Redemption on 2/24 in Rahway, NJ!

With JAPW Light Heavyweight Champion, Archadia, already set to appear at Redemption, will Bennett get his shot for the title? 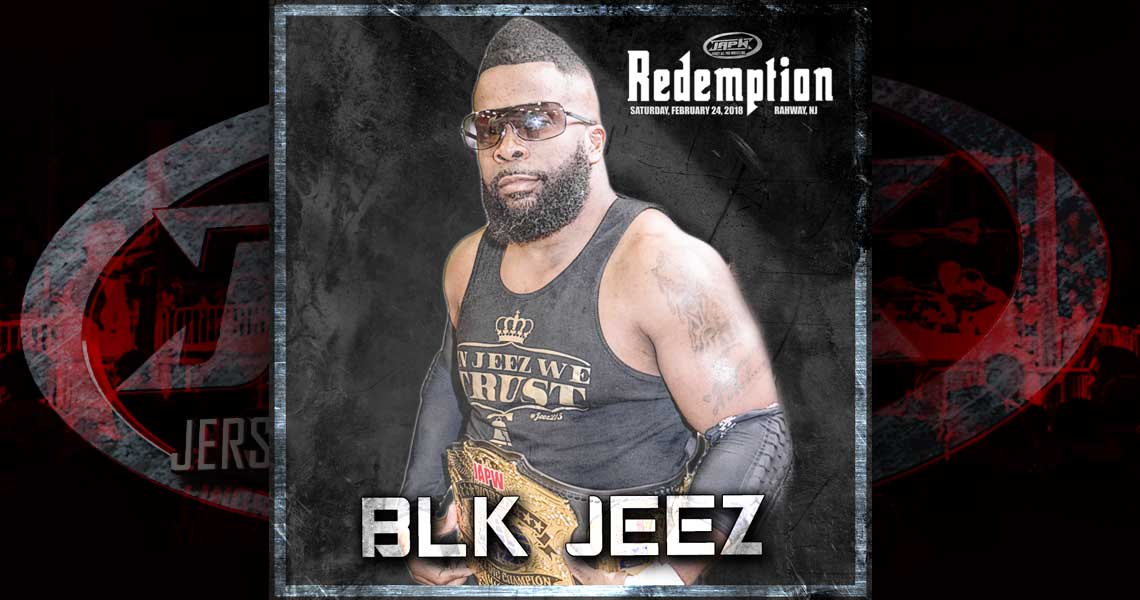 JAPW Heavyweight Champion, Blk Jeez, has just been signed to appear at Redemption on February 24, 2018.

PLUS… An Intergender Tag Team Street Fight match where JAPW Women’s Champion, LuFisto, teams up with KTB to take on Shlak & Katred!

…SO MUCH MORE TO BE ANNOUNCED!! 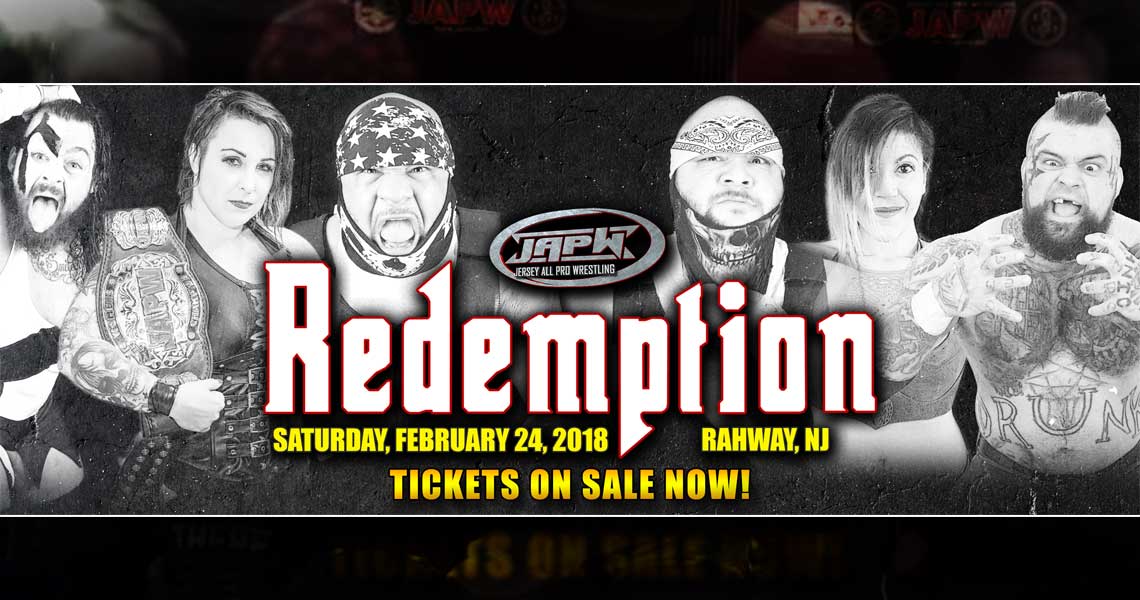 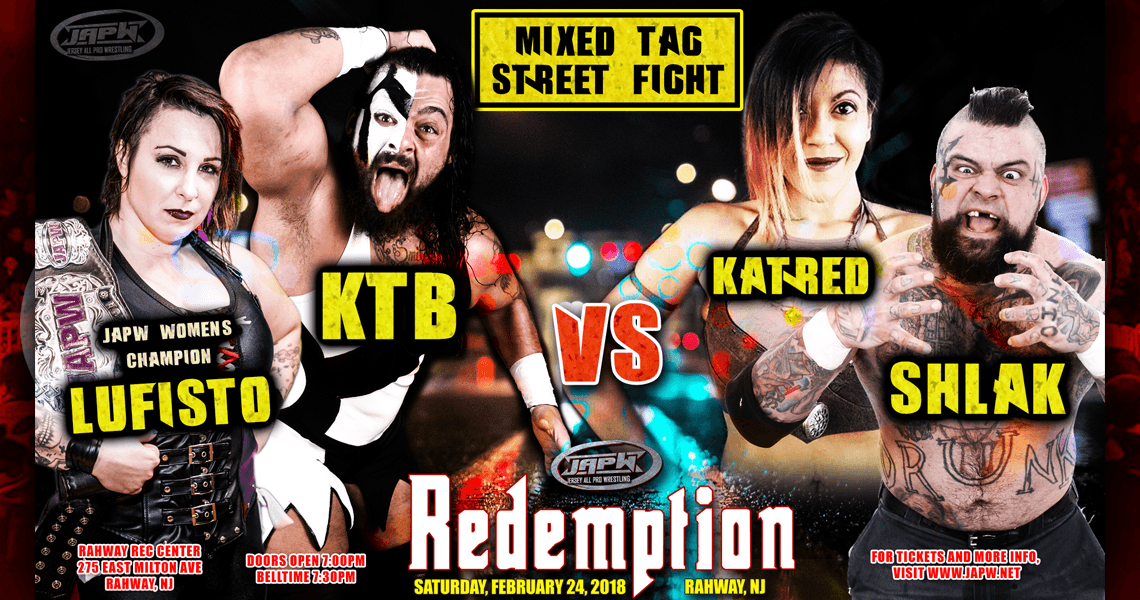 If you missed JAPW Uprising, immediately following the Riddle vs KTB match, Shlak & Bear Bronson with Katred attacked KTB which led to the newly crowned JAPW Women’s Champio LuFisto coming out for the save only to also be taken down. Earlier in the night, KTB also assisted Lufisto when Shlak & Bear Bronson came out following Lufisto’s title win.