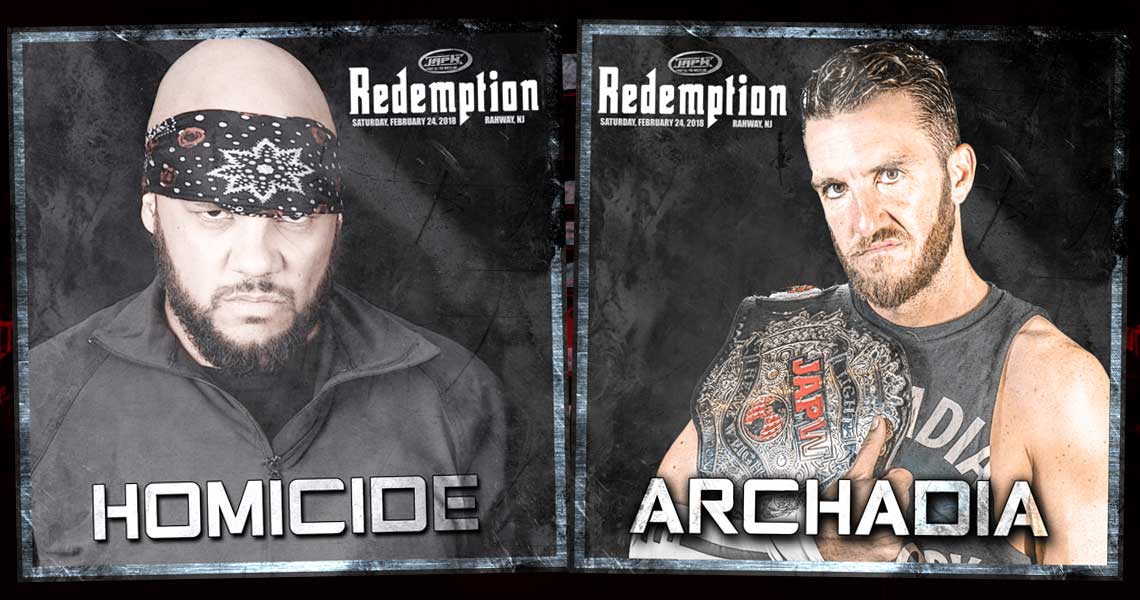 Two additions to Redemption on February 24, 2018 in Rahway, NJ have been announced over the weekend as the “Notorious 187” Homicide and JAPW Light Heavyweight Champion, Archadia have been signed to appear at the event!